The store will not work correctly in the case when cookies are disabled.

I’ve always had problematic skin. Congestion, break outs, scarring, the lot... So a good skin care routine is something I’ve been conscious of for years but as I approach my 30s, the way I think about skincare has shifted. Instead of reacting to blemishes and breakouts, I started researching and investing in how to prevent them before they could become a problem, while also trying reduce the signs of mistakes made in the past, for example, aggressively popping pimples.

So far, this has generally meant introducing an eye cream and serums (I’m now addicted to endota’s Potent Brightening and Blemish Control serums, which are both genuinely worth trying) and wearing an SPF every day, but I jumped at the opportunity to try endota spa’s newest treatment, Laser Genesis.

As the name suggests, Laser Genesis is a treatment designed to rejuvenate the skin by stimulating collagen and elastin production. It’s designed to reduce the appearance of fine lines, treat the appearance of sun damage and pigmentation, even skin tone, fade acne scarring and reduce visible pores. I was here to wave goodbye to acne scars but also to see what impact it could make to my jumbo sized pores.

I booked in for six treatments. Once a month for six months, as a treatment every four to six weeks is recommended. I was told I could expect to see some visible results after the second or third round. 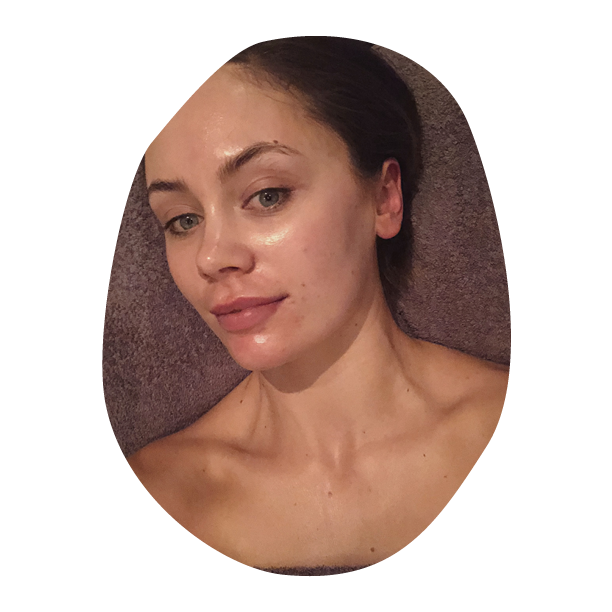 "This is a treatment I’d recommend considering. I’ve been able to see a visible change and not only is putting makeup on easier, not wearing any makeup is also something I’m more comfortable doing now. That’s a double tick from me. "

After arriving in spa and enjoying a rosehip tea and a deep cleanse to remove all makeup, my face is then mapped by my therapist before the laser moves just above the skin. It doesn’t hurt, it just feels warm which is the laser gently heating the deeper layers of the skin. It takes around 40 minutes or so and I’d be lying if I said I haven’t fallen asleep during my treatments more than once. Fine, every time.

I’m four treatments in so far and I’ve found it has made a bit of a difference to the appearance of my scarring but the biggest change has been my pores. My normal therapist at endota had a look at my skin after treatment number three and even she noticed how much smaller they were. This also means I’m finding makeup is going on much smoother day to day.

I do find I have a small breakout after each treatment, but not in the sense that I get multiple new bumps and blemishes. It’s as if the treatment brings the nasties sitting just under my skin to the surface, so I am able to extract them at home.

At the end of the treatment I get lathered in a few serums and always find there’s a certain glow to my skin for a day or so after. As if I’ve had a few nights of really good sleep and been drinking lots of water, kind of glow. There’s no downtime with this treatment which I love and I sometimes even put makeup on and go straight to work after.

If scarring or pore size is a concern to you, this is a treatment I’d recommend considering. I’ve been able to see a visible change and not only is putting makeup on easier, not wearing any makeup is also something I’m more comfortable doing now. That’s a double tick from me.

unlocking your journey to
wellness and self-care

Continue your at-home wellness journey with an endota online account. Enjoy your convenience of shopping online, booking your next treatment or discovering a new stretch and meditation practice with our online retreat masterclasses.